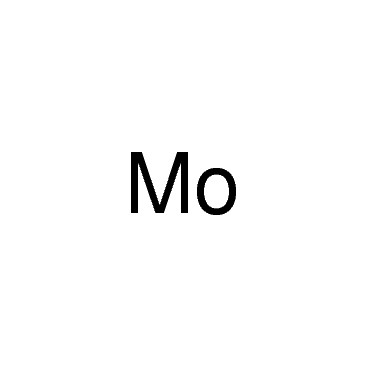 About 86% of molybdenum produced is used in metallurgy, with the rest used in chemical applications. The estimated global use is structural steel 35%, stainless steel 25%, chemicals 14%, tool & high-speed steels 9%, cast iron 6%, molybdenum elemental metal 6%, and superalloys 5%.

Molybdenum can withstand extreme temperatures without significantly expanding or softening, making it useful in environments of intense heat, including military armor, aircraft parts, electrical contacts, industrial motors, and filaments. Most high-strength steel alloys contain 0.25% to 8% molybdenum. Even in these small portions, more than 43,000 tonnes of molybdenum are used each year in stainless steels, tool steels, cast irons, and high-temperature superalloys.

Molybdenum is also valued in steel alloys for its high corrosion resistance and weldability. Molybdenum contributes corrosion resistance to type-300 stainless steels (specifically type-316) and especially so in the so-called superaustenitic stainless steels (such as alloy AL-6XN, 254SMO or 1925hMo). Molybdenum increases lattice strain, thus increasing the energy required to dissolve iron atoms from the surface. Molybdenum is also used to enhance the corrosion resistance of ferritic (for example grade 444) and martensitic (for example 1.4122 and 1.4418) stainless steels. Because of its lower density and more stable price, molybdenum is sometimes used in place of tungsten. An example is the 'M' series of high-speed steels such as M2, M4 and M42 as substitution for the 'T' steel series, which contain tungsten. Molybdenum can also be used as a flame-resistant coating for other metals. Although its melting point is 2,623 °C (4,753 °F), molybdenum rapidly oxidizes at temperatures above 760 °C (1,400 °F) making it better-suited for use in vacuum environments. TZM (Mo (~99%), Ti (~0.5%), Zr (~0.08%) and some C) is a corrosion-resisting molybdenum superalloy that resists molten fluoride salts at temperatures above 1,300 °C (2,370 °F). It has about twice the strength of pure Mo, and is more ductile and more weldable, yet in tests it resisted corrosion of a standard eutectic salt (FLiBe) and salt vapors used in molten salt reactors for 1100 hours with so little corrosion that it was difficult to measure.

Other molybdenum-based alloys that do not contain iron have only limited applications. For example, because of its resistance to molten zinc, both pure molybdenum and molybdenum/tungsten alloy (70%/30%) are used for piping, stirrers and pump impellers that come into contact with molten zinc.

Molybdenum powder is used as a fertilizer for some plants, such as cauliflower.

Elemental molybdenum is used in NO, NO2, NOx analyzers in power plants for pollution controls. At 350 °C (662 °F), the element acts as a catalyst for NO2/NOx to form NO molecules for detection by infrared light.